The bubbles in soft drink

they come from nowhere

rise to the surface

They wet your nose,

Then they join all the other air.

They travel in groups,

while on their journey

They need each other –

being a bubble is a team sport.

since the beginning of time.

when i was broken i wanted to talk, i wanted to tell you about it, but the words refused to come out of hiding

for stories require ink of pen, spectacles of eyes, and words able to leave the safety of the mouth cave.

She loved her kids

She tried to not be an iffy parent

But who was she kidding

She could kid no one!

Even the kids themselves

Would say “are you kidding me mum?”

Cos they’d been Schooled

One of the Fancy Shmancy private ones

The ones that require lots of funds

So they knew mum was iffy

But since they thought her spiffy

Then it’s all taffy, which means toffee.

She said unto them,

Go Forth and Be Iffy and Spiffy Too, My Child.

And they did unto as Mother,

Had instructed. Or ordered.

Lest she smother them

Whilst they slumber in their beds at night.

Thus did the world’s supply of toffee multiply

Which they had with their morning coffee,

Because you should always have toffee

To give the spiffiness a kickstart

Each and every day,

Before making your way, in The World.

i was talking to myself the other day

Here’s all your bits, for some furniture you’ll love to bits

There’s quite a few pieces, we hope you don’t go to pieces

You came into the store and we didn’t let you leave,

we trust you did not take leave of your senses

We, the whole team, hope that the missing screw,

did not screw with your mind.

And you enjoyed the Swedish Meatballs.

I was writing a poem

but then i stopped,

realising i was the poem.

I pointed to my toes,

each one of them,

and kept going up.

and then I saw your toes, spread out, splayed a little, from the weight of you

and realised you were the poem, too.

Return to whatever you were doing.

Then, when you smell something burning, quickly leap up and say a swear word — <insert swear word of choice here>!

Plate up and use lettuce leaves to hide burnt bits. You might need to cover the whole plate. It’s alright, it adds greenery. Very Healthy!

And marvel at the fact that hungry teenagers will eat anything.

I wondered how that could be

And it became apparent that imbibing the contents of books is just a matter of being in the same room as them.

Sometimes it’s fun to write words. So I just did.

A word is a thing which is very literal. It says what it is. Word.

Here is a sentence.

Here are some more words.

These words are below those other words.

And this is my final word. 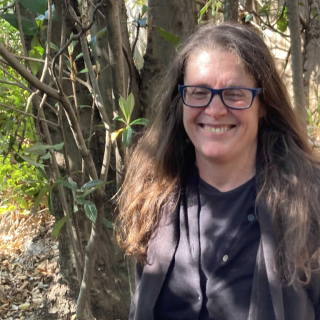 My Wordpress
ayyayeshe
What Now?